The Daily Commute, Photos from India

The third installment of images from my 2 week trip to Bangalore, India. The following were taken Monday November 8, 2010 (day 2).

Why has it taken so long for me to post them, you ask? I guess I just needed time to process things. It was a really hectic business trip that required me to work pretty much non-stop. It’s taken a while to filter out some of my personal thoughts. Plus, only recently have responsibilities at work started to slow down to where I can act on projects that require some level of creativity. Stay tuned as I have more to come. 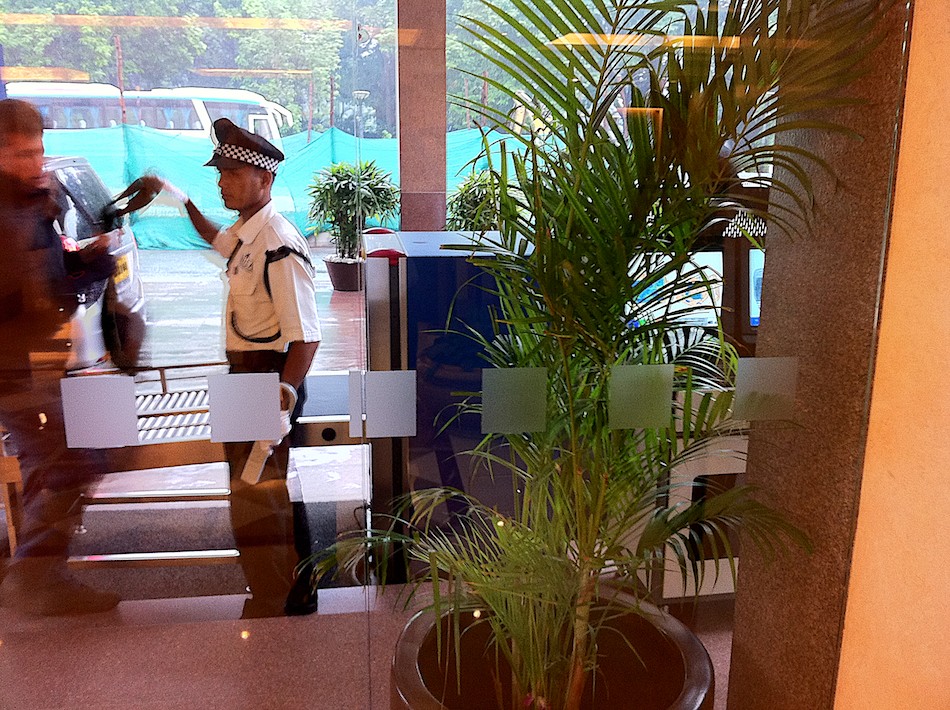 1 This was the scene at both hotels in which I stayed during my trip. No matter what, entry to the lobby required a trip through the ole’ metal detector. The guards were always courteous, unlike the average trip to your gate at the any US airport. 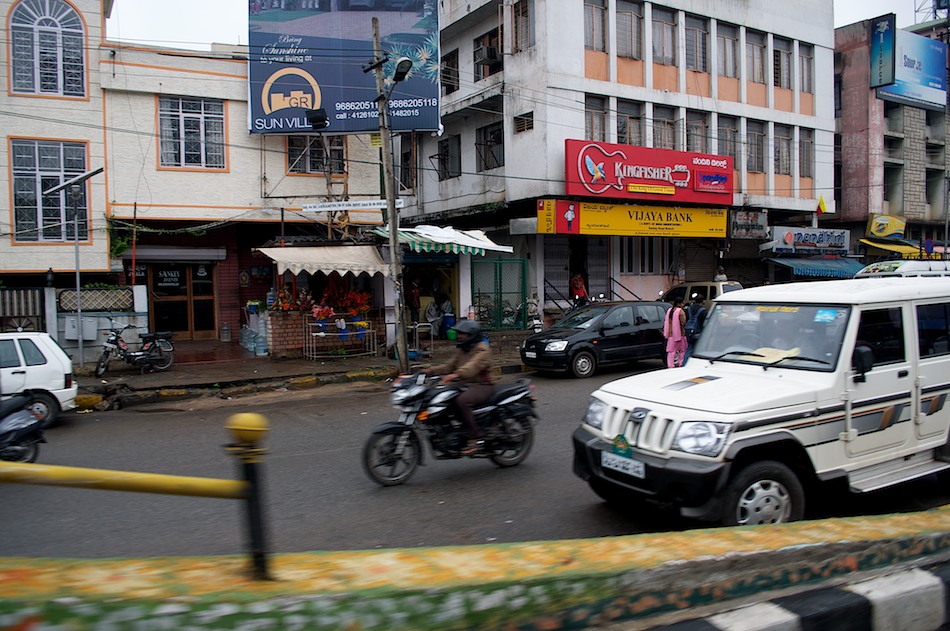 2 A view from my taxi on the way to work. Unfortunately, my first week of pictures were mostly from the back of the taxi. Pictured here, two words I saw often: “Vijay“, meaning victory and incorporated, in some form or another, into many of the names of guys I met during my stay, and the brand name “Kingfisher“, specializing in everything from beer to airlines. 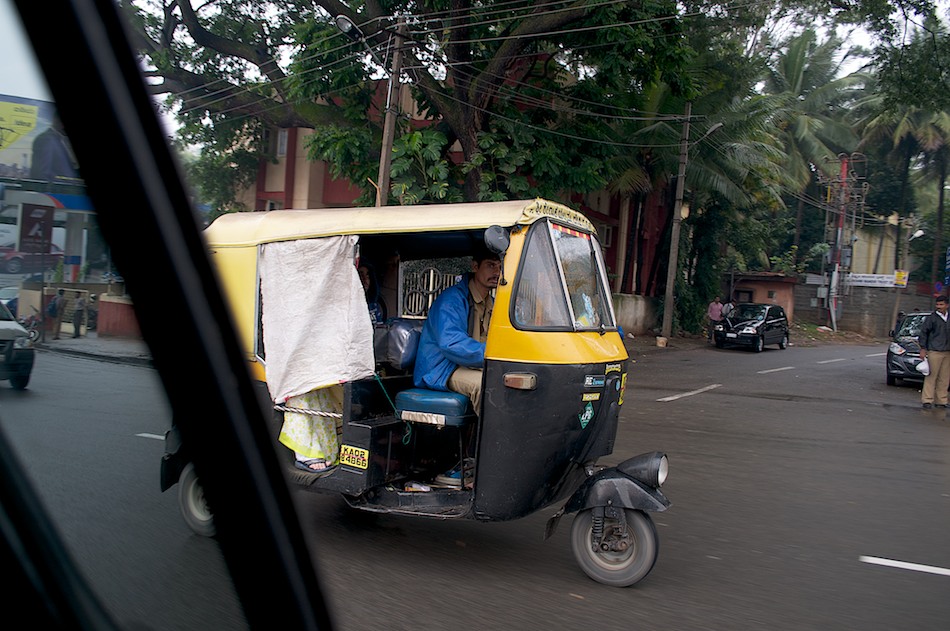 3 An “Auto” (short for “Auto Rickshaw”). Some of the guys tried to persuade me into one of these little doosies, but I refused on the grounds that I was often scared shitless just riding in regular taxis. Not sure what advantage the covering on the side was providing. 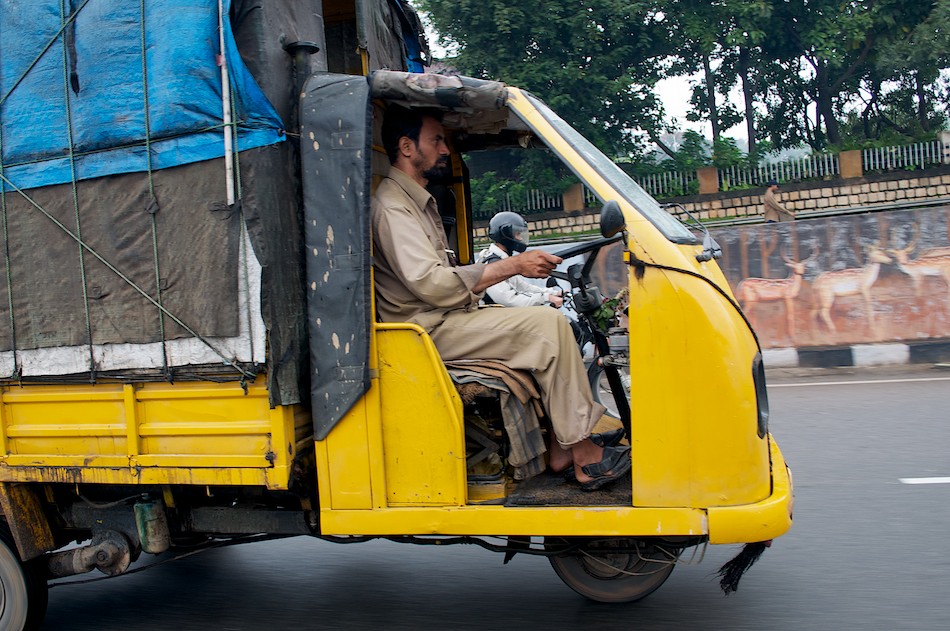 4 Another 3-wheeler. Something tells me that lone little wheel up front isn’t going to help much in a tight turn, which is often needed to avoid some of the “creative” techniques drivers often use to get through traffic. 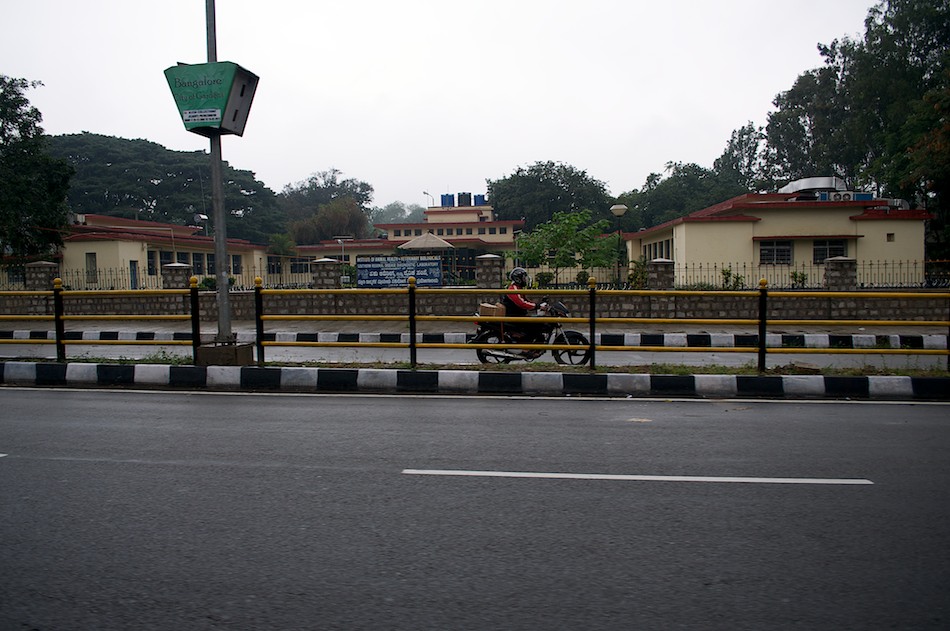 5 “Institute of Animal Health and Veterinary Biologicals”. I saw a lot of these types of buildings. Very socialist looking architecture with long, socialist sounding names. 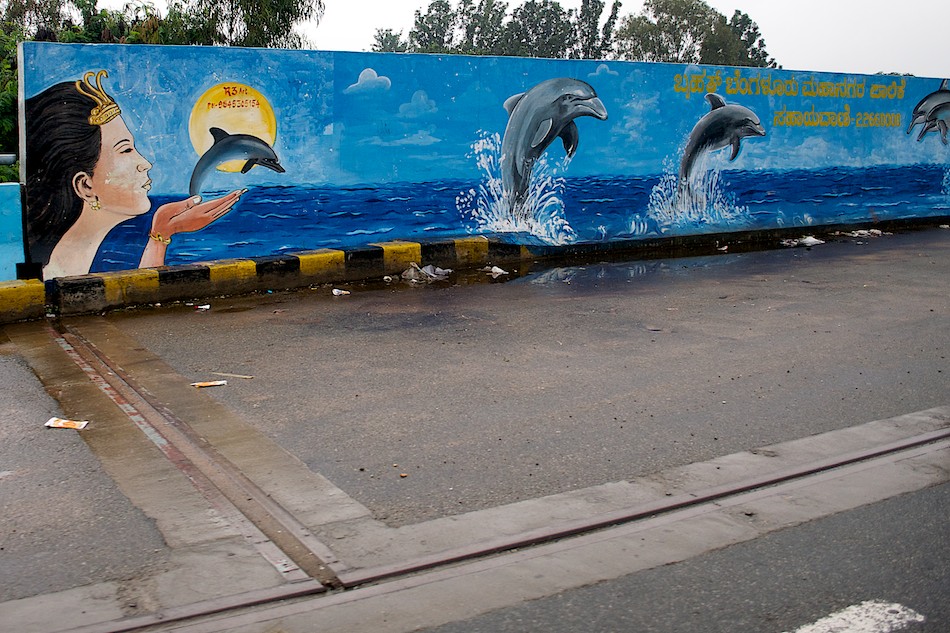 6 I was amazed that instead of graffiti, many walls hand unblemished murals. I later asked one of my colleagues, Gopinath Prasanna (Gopi) about their significance. He explained that there is a trend followed in India that whenever a new movie is released, posters of the movie are pasted on walls around the city (“any damn wall”, as he put it). To avoid this, the BMP (Bangalore Mahanagara Palike, a Bangalore Civic Organization) started collecting money from the film producers, mistakenly assuming it would dissuade them off the practice. Finally, the BMP had the idea of painting the walls instead. The paintings range from the history of Karnataka to the imagination of local artists. 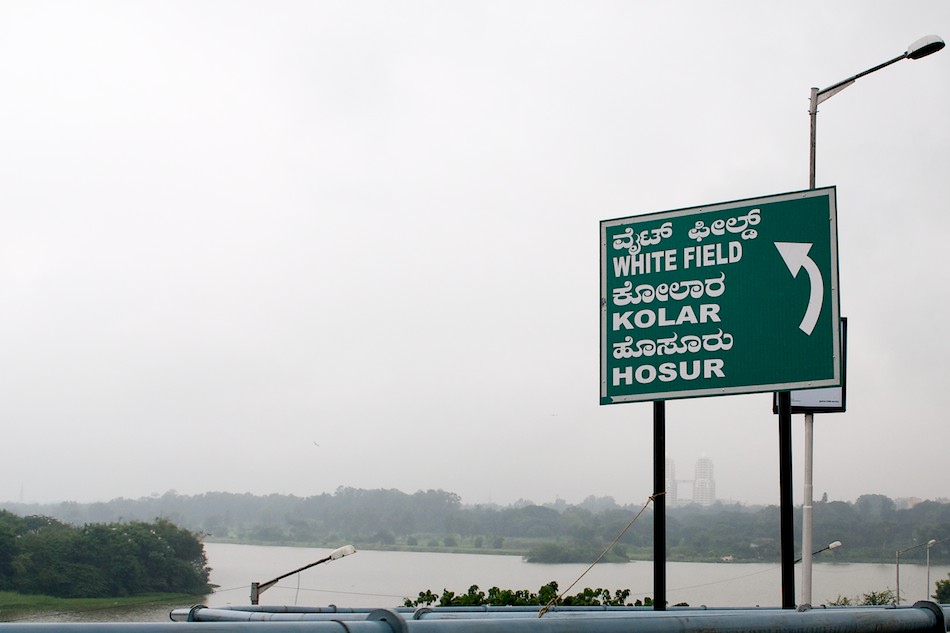 7 A highway exit sign. I was really drawn to fatter variants of the Kannada script. Especially when hand-painted. (Kannada is the official language of the state of Karnataka, of which, Bangalore is the capital). 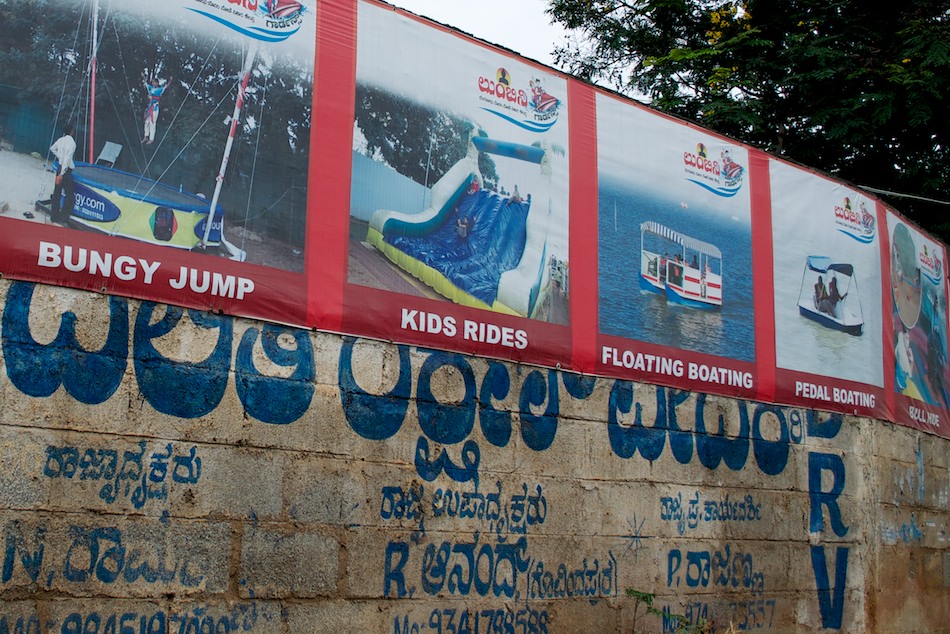 8 The “floating boating” label always made me laugh. It makes for a nice addition to “bouncy house” in the collection of goofy names for fun activities. On the other side of this was was a big public lake that looked closed for the season. 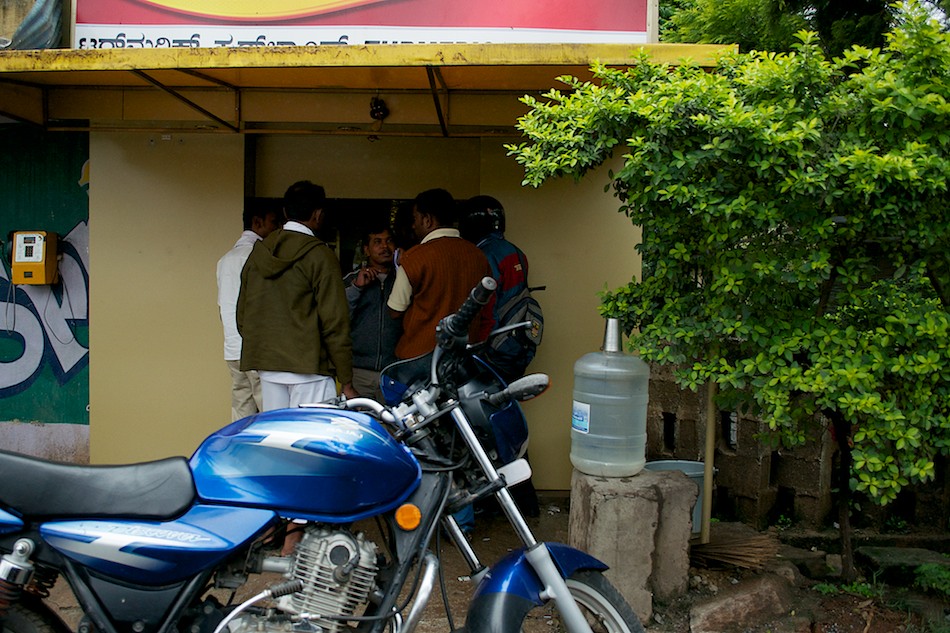 9 Morning commuters getting some breakfast on their way to work. 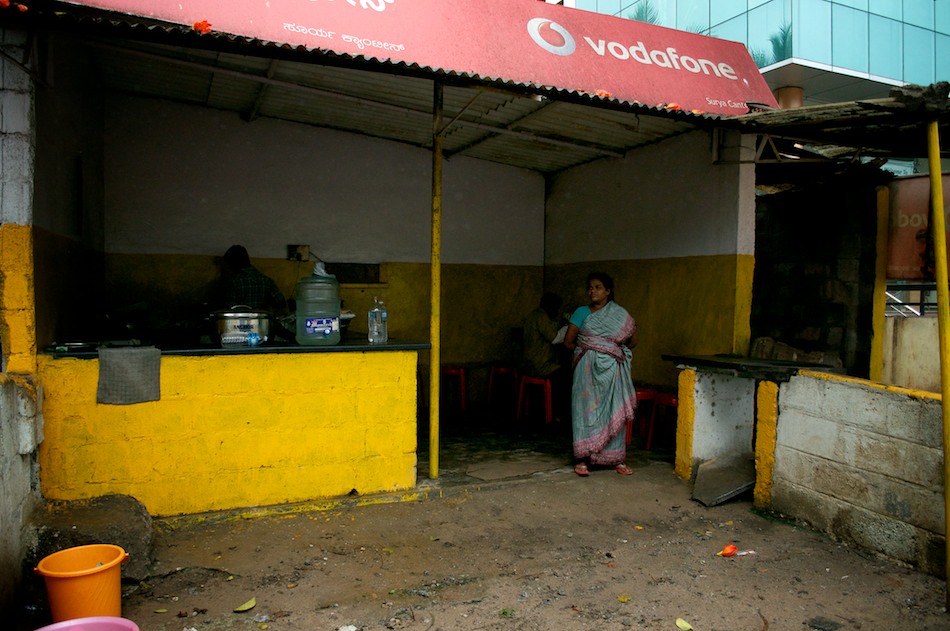 10 Another morning spot for a quick bite on the way to, or from work. Not so appetizing to my eye. From what Gopi told me, these sorts of places are the equivalent of a really rough, greasy-spoon-style diner. Vodafone or Sprite always seemed to be the big advertiser. 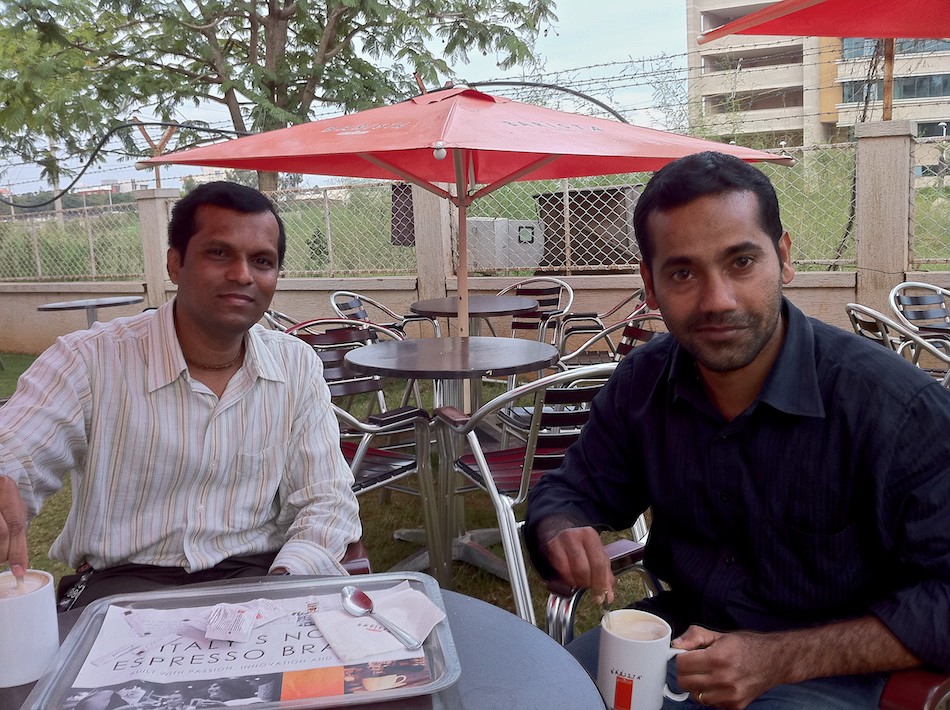 11 Gopi (left) and Tarence Naveen Dsouza, two of my helpful and courteous colleagues. This was at a little café near the office where I tried to get some American-style coffee. No luck though. The predominant coffee I found was very watered down, but with a super harsh taste. Everyone I saw drinking it used a boatload of cream. I drink my coffee black (insert joke from Airplane here), which meant I stuck with tea for most of the trip. 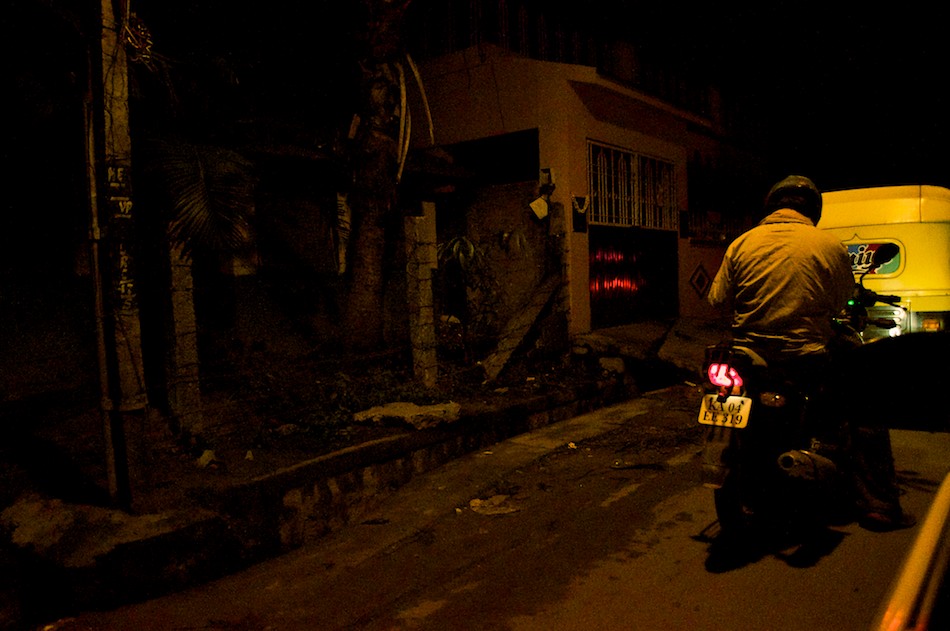 12 My attempts to use my camera’s flash weren’t all that great. With this one, I think I was trying to capture the big trough on the side of the road, a storm gutter that would have swallowed any motorcyclist who wasn’t careful. 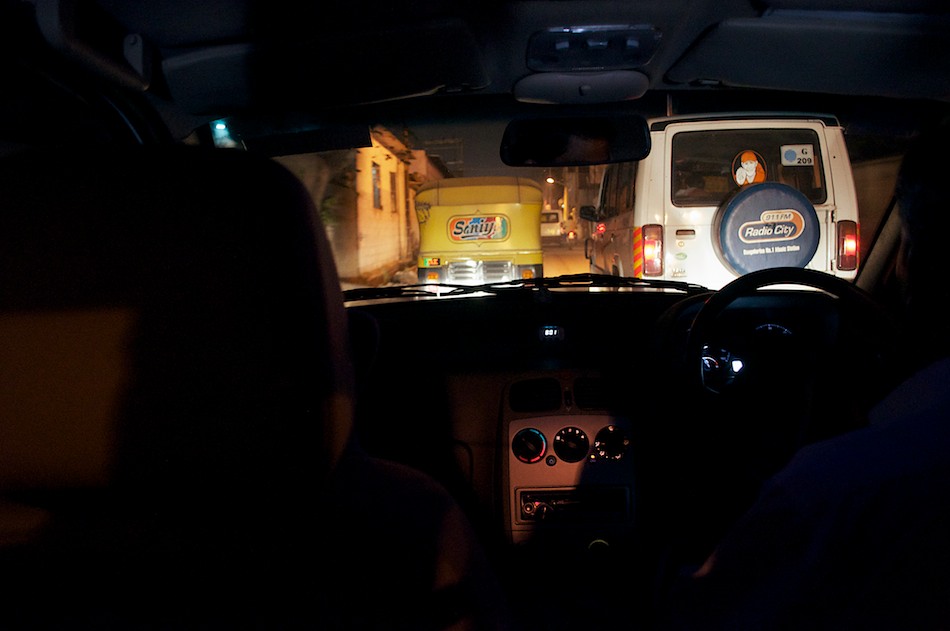 13 Every evening on the way back to the hotel was a big, 6 or 7 street intersection. The only traffic control was a dude holding a piece of rope across the street as a barrier. We usually sat here for around 15 minutes. After about the first minute or two, everyone would simply turn off their lights and engines. 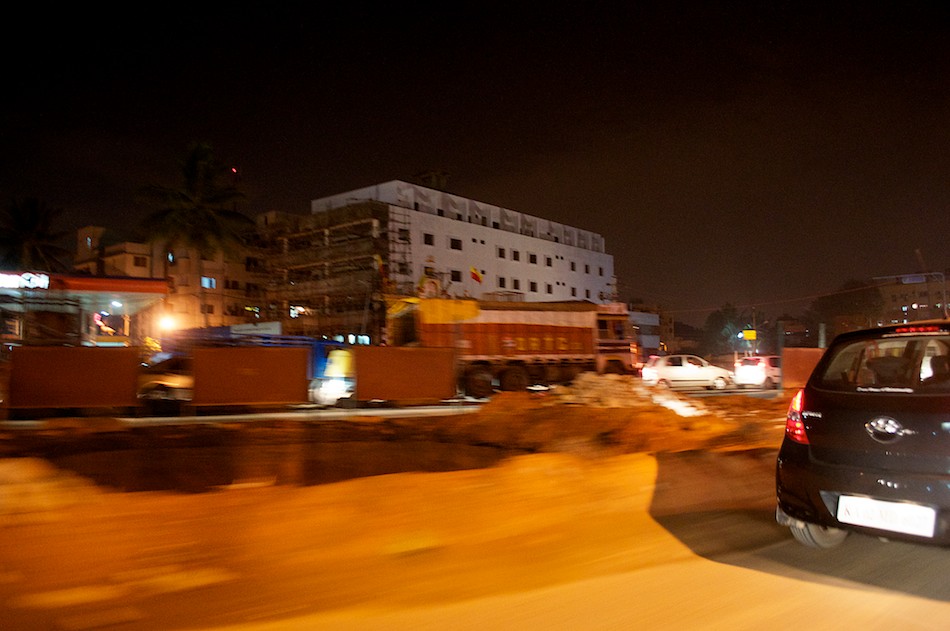 14 Once we were past the big intersection, the race was on! The intersection was under major construction for something called a “flyover”. 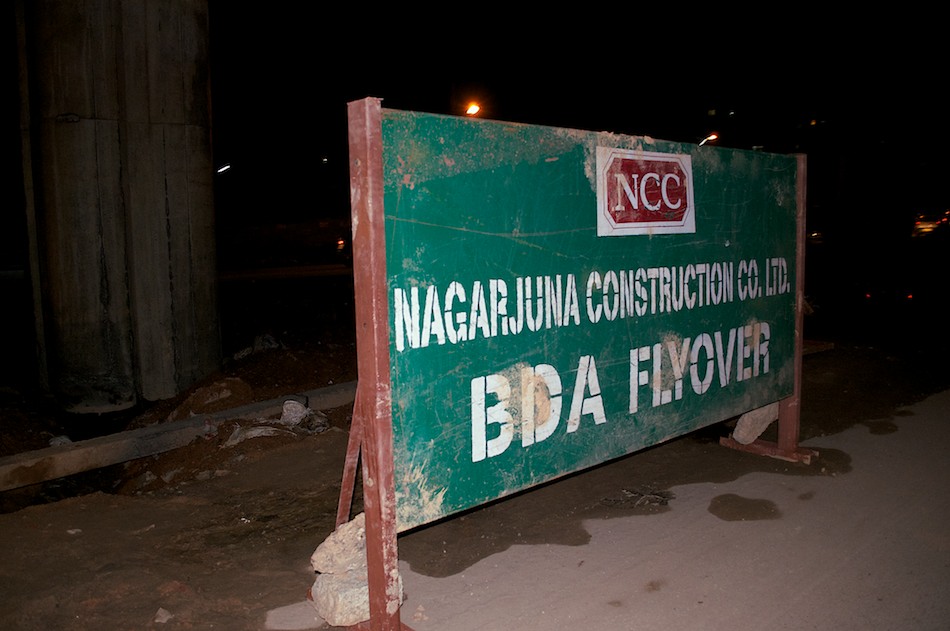 15 After wondering what the hell a “flyover” was, a quick search online defined it as an “overpass”. Pretty obvious, but I kept telling myself it had something to do with airplanes as the word “fly” kept jamming my logic.