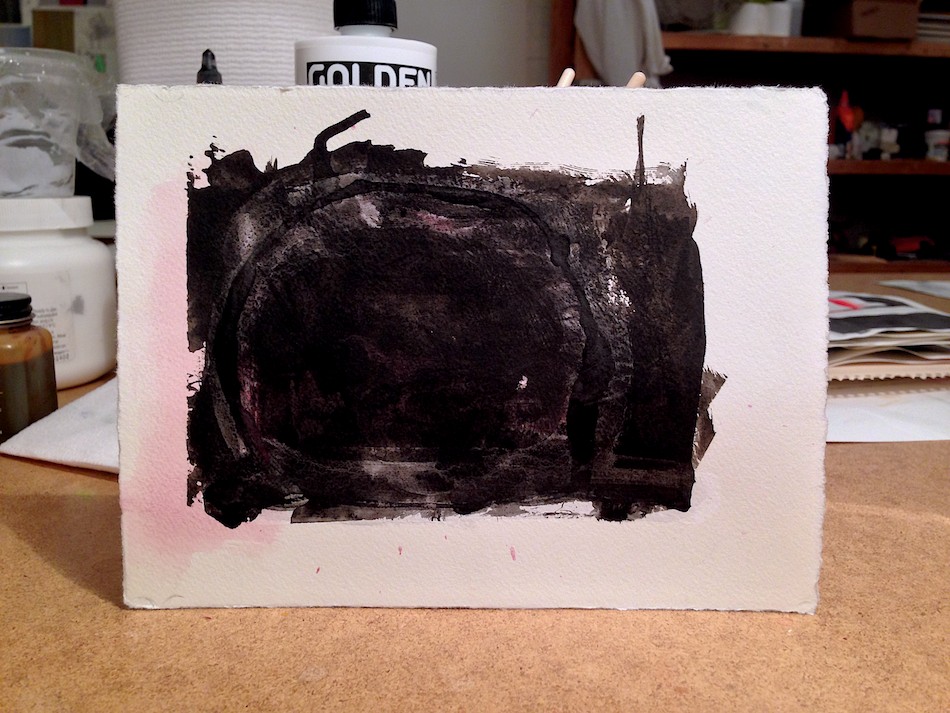 I made these a couple of years ago and they’ve kept their spot on my studio wall through many sessions where I’ve pulled down things that either I’ve already absorbed or have lost my attention.

The first one (black mass) has evolved over time. The fact that I can still make out the original object behind the black is what keeps intriguing me. The second sketch was simply a test for different gel mediums. 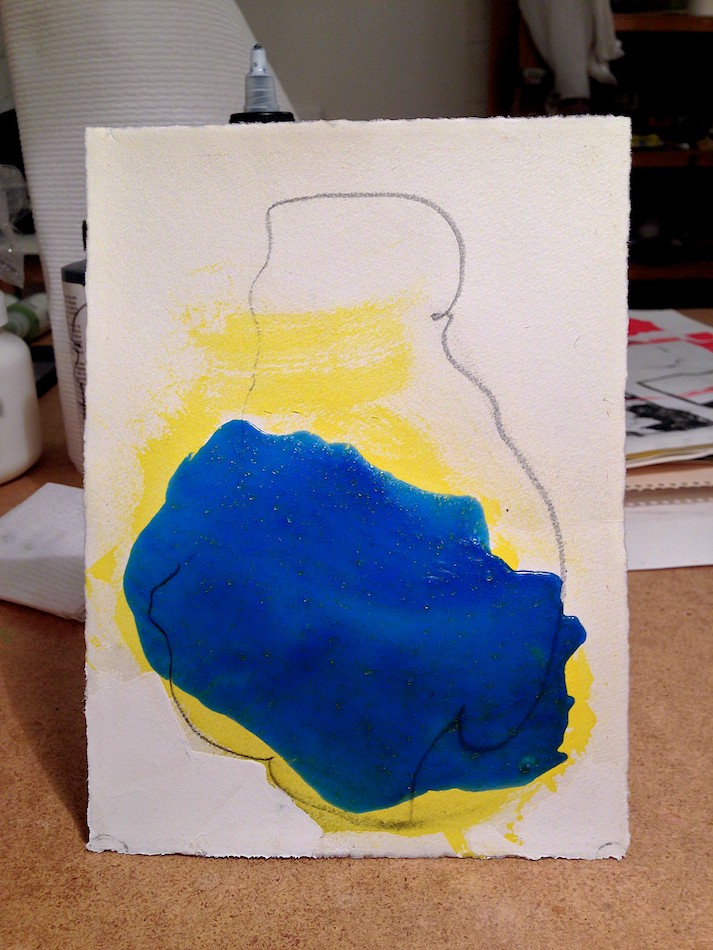 The lack of registration between the yellow, blue and line drawing is what makes this one unresolved. Each layer on the paper reads pretty distinctly on their own. But they create an implied total object when taken as whole. That they’re not trying very hard to interact, but still affect the whole more than I would have expected is what is so surprising to me. This goes for the black sketch as well.

This is where I’m at right now, trying to build objects from disparate parts that still have some interesting attributes when taken individually.

I plan on updating my portfolio with the work I’ve made in the past few years. I’ve shot most of it, just in the middle of moving this site to a new platform (WordPress -> Jekyll). I’m halfway there.