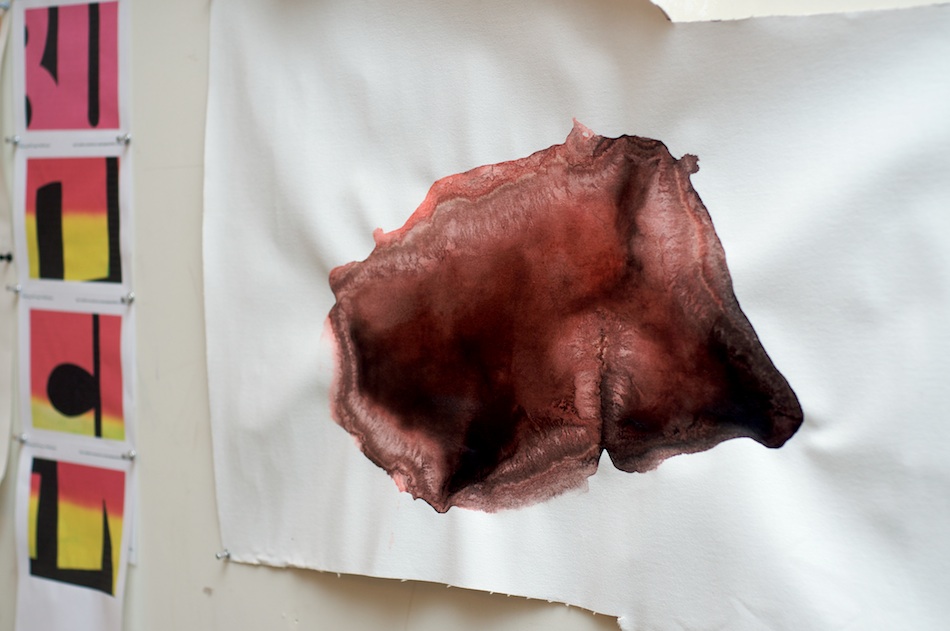 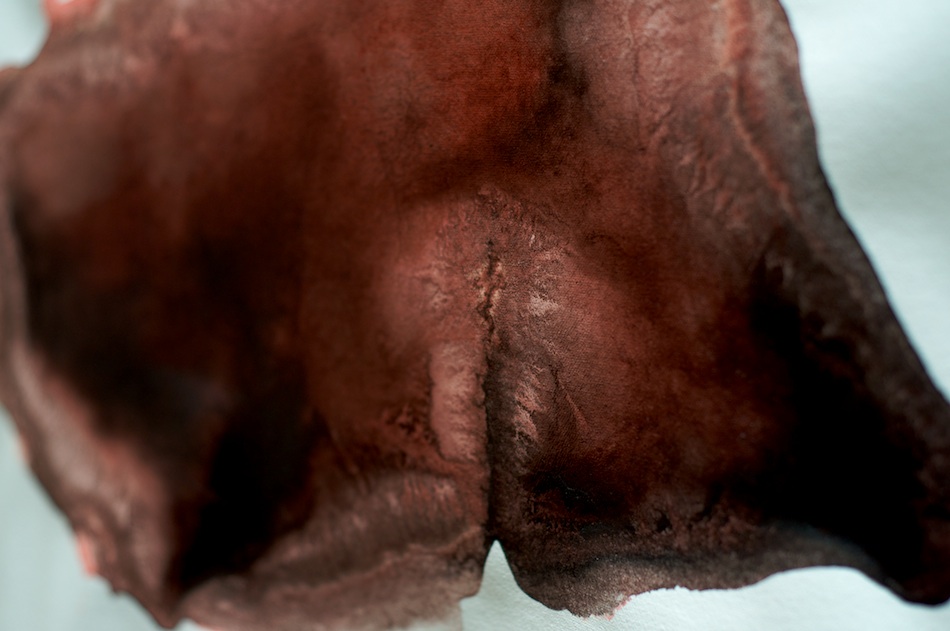 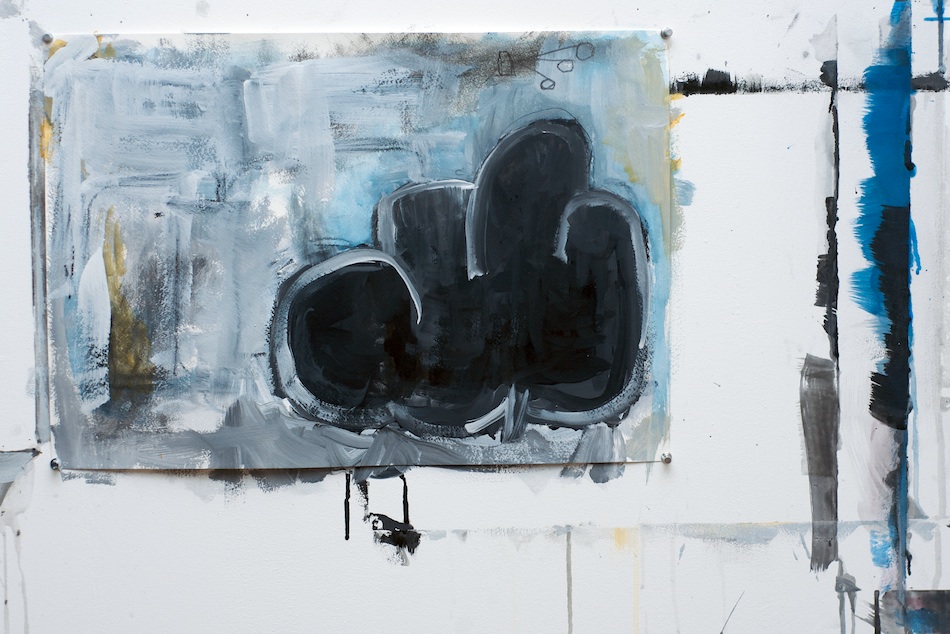 The canvas is the result of the poured experiment I posted about earlier. It came out with some really interesting qualities. Overall it has been the most successful. I muddied the ink too much though. After I added the ink I started to blow it around in the puddle thinking it might not spread it out enough on its own. As a result, the red mixed too much with the black. Oh well. Still good results, if a bit bloody (maybe that’s a good thing…).

My studio neighbor came in and said “Ah! Meaty.” After looking at it for the past few days, I would agree. The pinning of canvas gives a strung-up-hide look as well.

The drawing is a bit goofy. It’s weird how I find myself gravitating towards these forms. They have commonalities with some of the things I’m looking to get across but are way off the mark. I blame graffiti-laden Los Angeles. It looks as if I sat down and copied it off the side of the highway somewhere. I see this stuff so much that it sometimes seeps in without notice.

Honestly, I feel somewhat insecure posting the state the drawing so far. It communicates a very immature idea of what I’m trying to work towards.