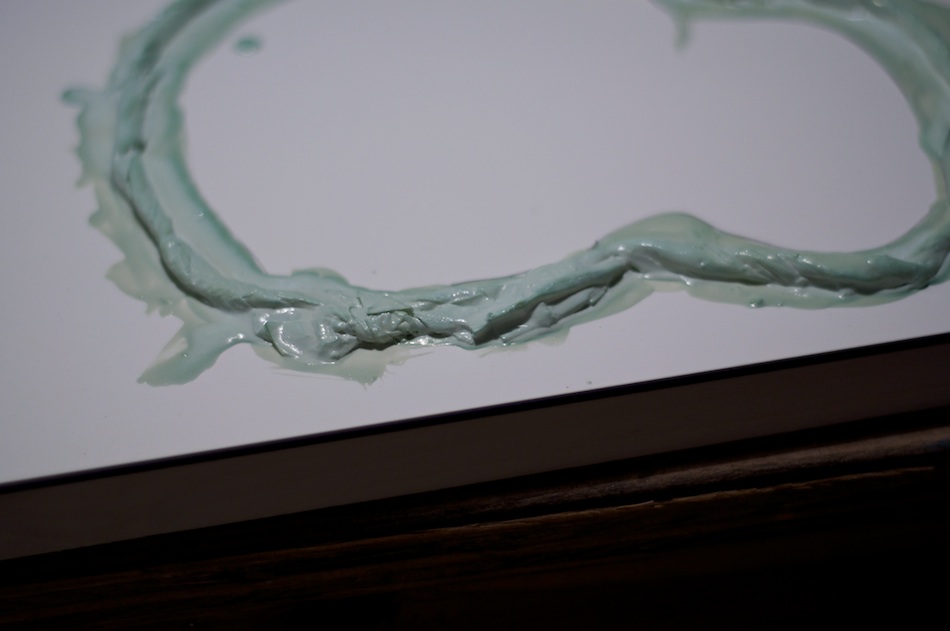 This attempt has more promise than the last. I used clayboard instead of gessoed paper (no buckling, hopefully). Instead of a huge bead of latex, I put down a flat border and then used thin, twisted paper (coffee filters, it’s all I had around) and dipped it in latex. When I filled the moat with liquid, one of the connections didn’t hold but it looks as if there wasn’t much leakage.

After talking with E, she recommended using paraffin wax on thick twine to create the walls. It’s cheaper at least. I’m going to get some today.