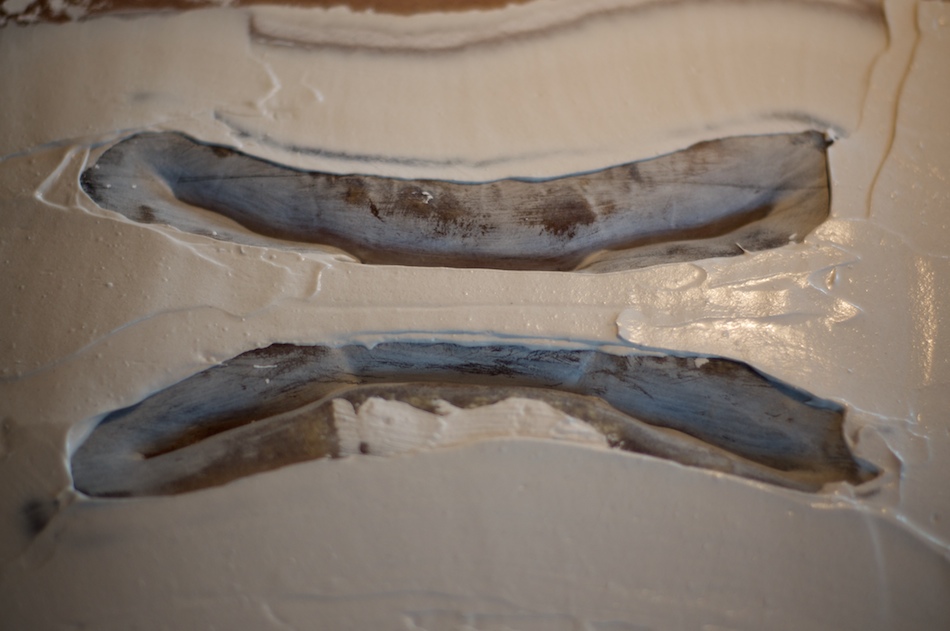 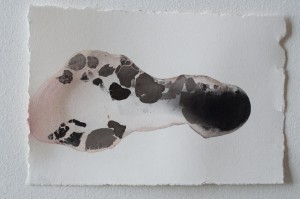 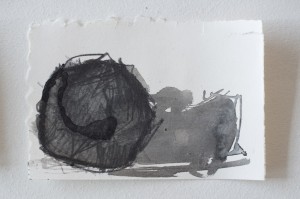 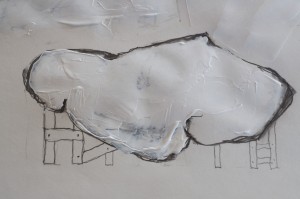 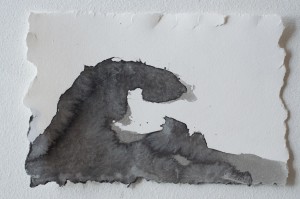 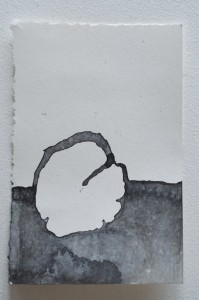 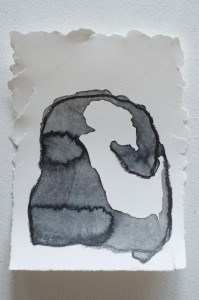 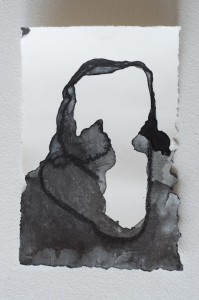 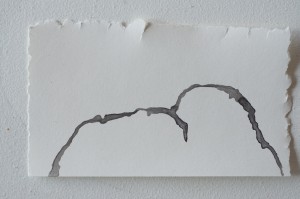 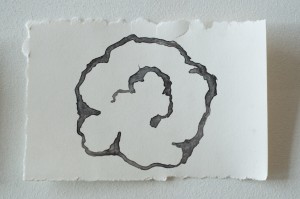 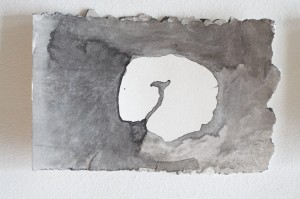 The large image is the progress since I originally started it long ago. Slathered in water putty after I spent an hour sanding off the liquid nail I used to adhere it to the masonite, this future wall prosthetic’s next step is another sanding, and as you could guess, it’s gonna be a doozy. This water putty stuff is really great. It’s similar to plaster but with higher tinsel strength. I had learned about it from the facilities guys at my last job. They were using it instead of wood putty. We’ll see how it sands out.

I also did some sketches with ink and water. The color from my favorite one (which sorta looks like a dong) came from the unwashed interior of the squeezie thing with which I applied a big puddle of water to the paper. Once the puddle had a shape that worked, I added black ink by touching a wooden, ink-saturated skewer tip to the surface. I really like the results.