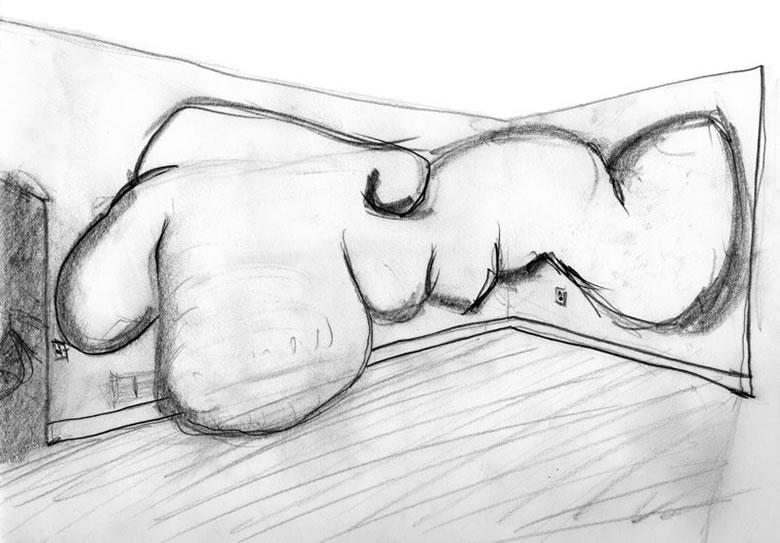 Here’s an old drawing I did when I was in the UTD residency. We were given these gallery spaces at the front of the apt. to use either as a studio or clean space to show our work. The idea with this piece was to fill a small space with very large blob-like forms coming out of the walls. For the most part it was site specific. This way of working is starting to make more sense to me again. I’ve been thinking a lot about how I want to realize certain works in actual spaces (other than a gallery).

Below is a small version I did in the apt. during the residency. Everyone who saw it likened it to a boob so it became a wall boob. Of course that was the last thing on my mind. It was a form I was able to create quickly so as to test out if the mold making material (tin cure rubber I think) would set on wet clay. What really stuck for me about this study was how it was located next to the normal, mundane items that one usually finds in a home. Did one activate the other, or did the wall boob become just as ordinary as the light switch and the thermostat? Or something else all together? 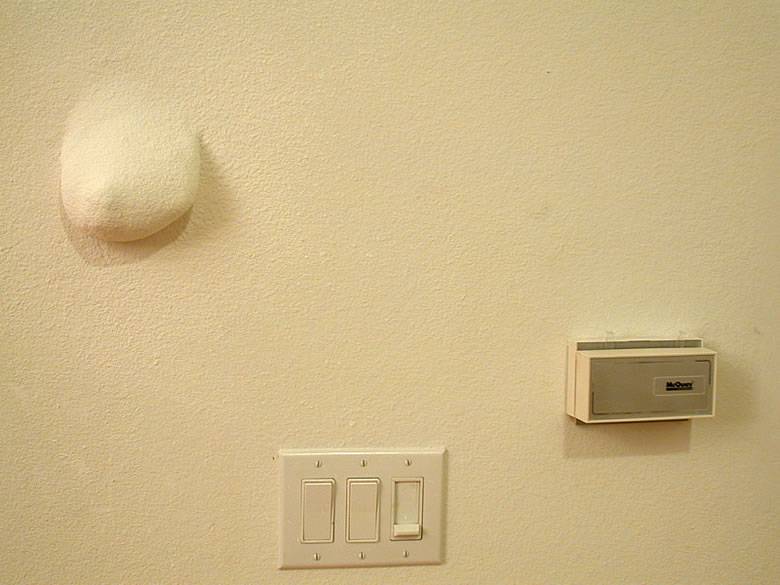