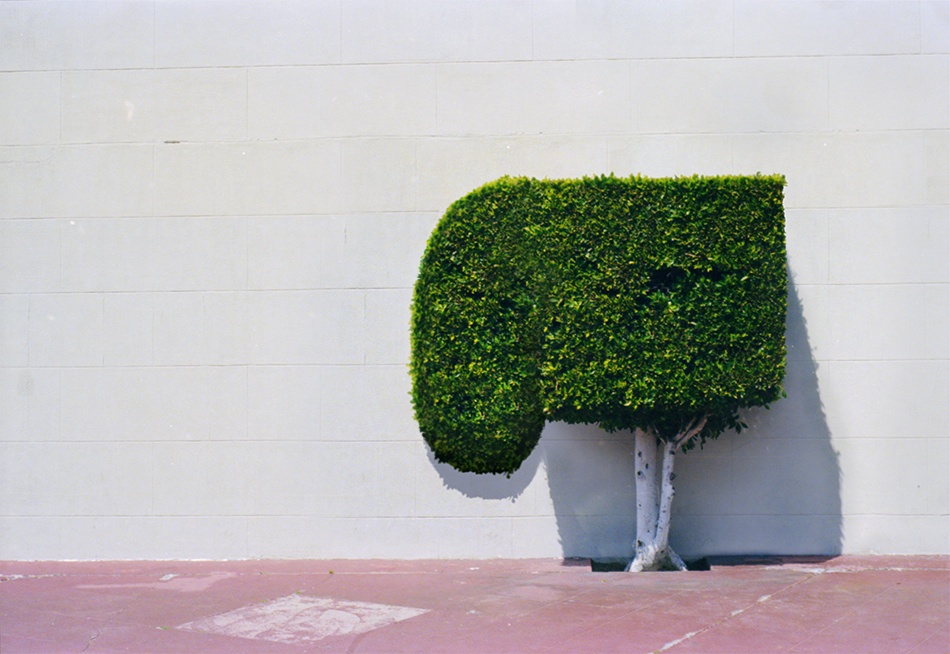 Among all the projects ongoing (and collecting dust) in my studio, I’ve been thinking about a photo series as well. With the recent purchase of a Hasselblad and the long hours at my day job, making photographs has been the most accessible creative output for which I’ve been able to make time.

I use my cameras for many reasons, but one that has been standing out more often is that of recording something I later want to use in a drawing. The process has been feeling less successful lately. While the photos have been making more sense, the taking-things-from-photos-and-trying-to-replicate-them-on-paper part hasn’t been working out. It’s just felt like poor copies, some part never quite transfers to the paper. It could be my lack of proficient materials handling (I really suck at it) where in I’m actually trying to replicate something instead of just pushing materials around until I’m pleased with the result. Or it could be that whatever it is I’m trying to transfer loses all integrity when outside of its environment. It’s probably a little of both.

So I thought that maybe what I really want is to draw on the photos directly. To this end, friend and coworker Cris Stritmatter was nice enough to give me 2 hours of his time to show me some of the techniques for photo compositing in Photoshop. The above image is the result.

Layer blending, layer masks and brushes haven’t really made their way into may skill set in all the years I’ve been using Ps. One of the hardest parts will be losing that “photoshopped” feel. That wasn’t necessarily the goal of Cris’s demo, but I believe it will be the most challenging piece. The suspension of disbelief is key for these to be successful.