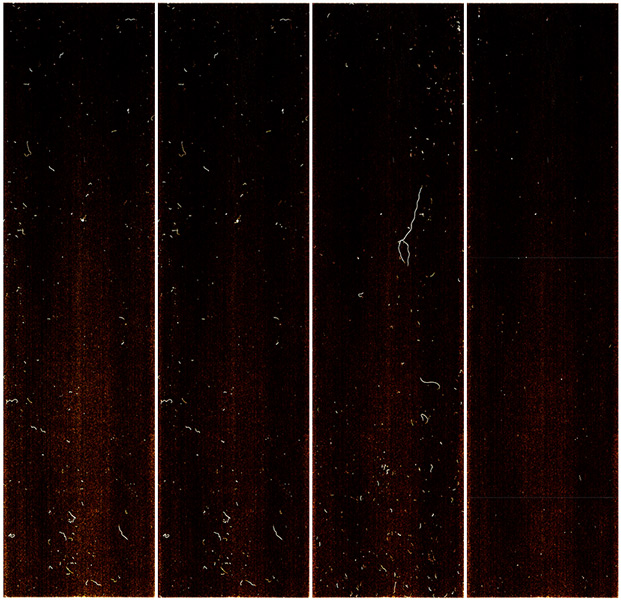 I’ve been scanning, and scanning, and scanning. The more I do it, the more sensitive I become to little things that interrupt the image, dust and hair. I’ve bought canned air, white gloves, and microfiber rags, but I still can’t seem to get a predictable reduction in the amount of these clingy interlopers. In fact, it’s gotten worse.

Fed up, I started scouring the web looking for similar stories in the hopes that there was a method to this arcane practice I was overlooking. I’m learning that scanning film (using consumer flatbed scanners) is as shifty as the guy on the street trying to sell you a “genuine” Rolex. Everyone has “the best way” to do it. And it’s exactly opposite to the other guy’s “the best way”. The thing is, both guys are getting great results.

So, noticing that my latest results were showing the same dust pattern regardless of how much I cleaned the glass, I decided to take the scanner apart, thinking the dust was on the underside of the glass. An hour later I do the first scan with no film on the glass (first strip). I’m swearing to myself that this is the same pre-disassembly pattern. I wipe the glass, scan again (strip 2) and find exactly the same result. WTFUCKKKKK?!

So I start thinking through all the surfaces that have a stake in scanning the film. Both sides of the glass, as well as both sides of the film have been my working assumptions. The only thing left is the light in the lid. But surely, any dust on that would be diffused since it’s furthest from the scanner head, and surely outside the head’s short depth of field. One quick wipe, another scan (strip 3), son of a bitch… Strip 4 shows that it was pretty much the problem all along.

Scanning really sucks. Too many variables to keep track of. But, until I get rich enough to get a lab to do it, or I get sick of film (no chance), I’m stuck with it

I’m almost through my first batch, a September surfing trip. I’ll post the best when they’re done. The next batch is 2 roles from India. No idea what those have in store. They went through countless x-ray machines and were shot with my Holga (which is even more dangerous to film).