So much for my plan on keeping a day-to-day journal. My workload has pretty much kept me from doing any non-work related stuff during the weekdays, other than seeing India from the back of a taxi. Although, I did have a great driver, Srinivas, who helped me learn a little more about his country. Here are a few pics from Monday, day 2, from my 2 week trip to Bangalore, India. 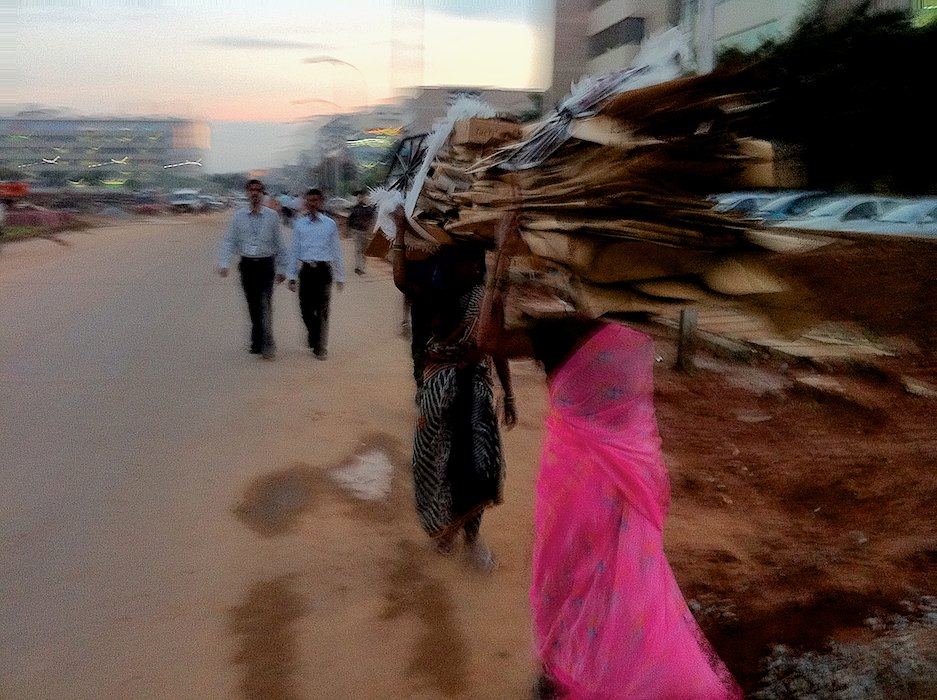 1 This is the business park where the office is located. On the walk back from some really horrible coffee, I grabbed a blurry image of women recycling cardboard. The cardboard is neatly stacked, tied and balanced on their heads. Some stacks I saw were probably 3 feet thick. 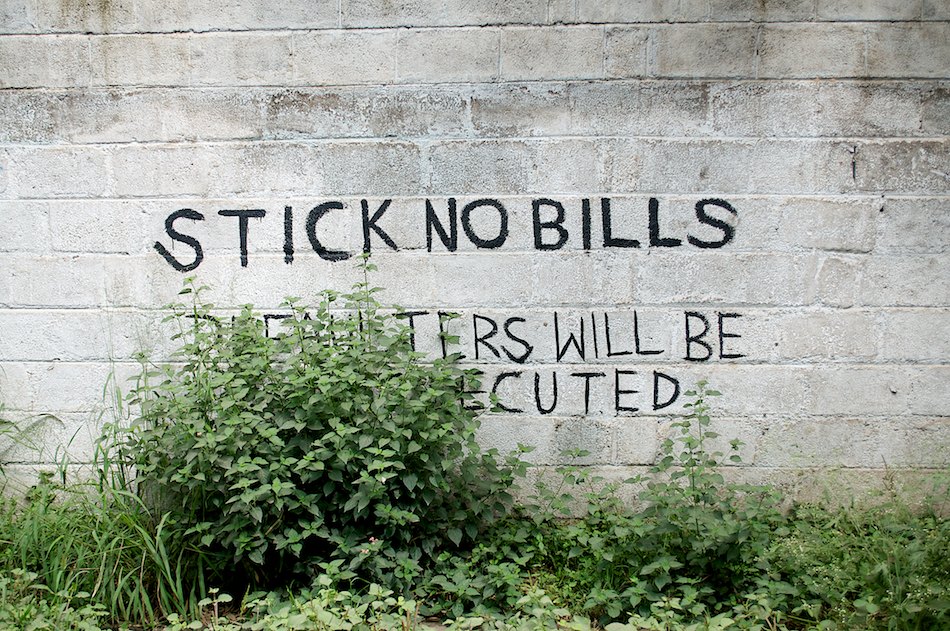 2 Some of the language differences amused me. “Stick” felt so harsh, while the below text reading “Defaulters will be Prosecuted” felt a bit formal. 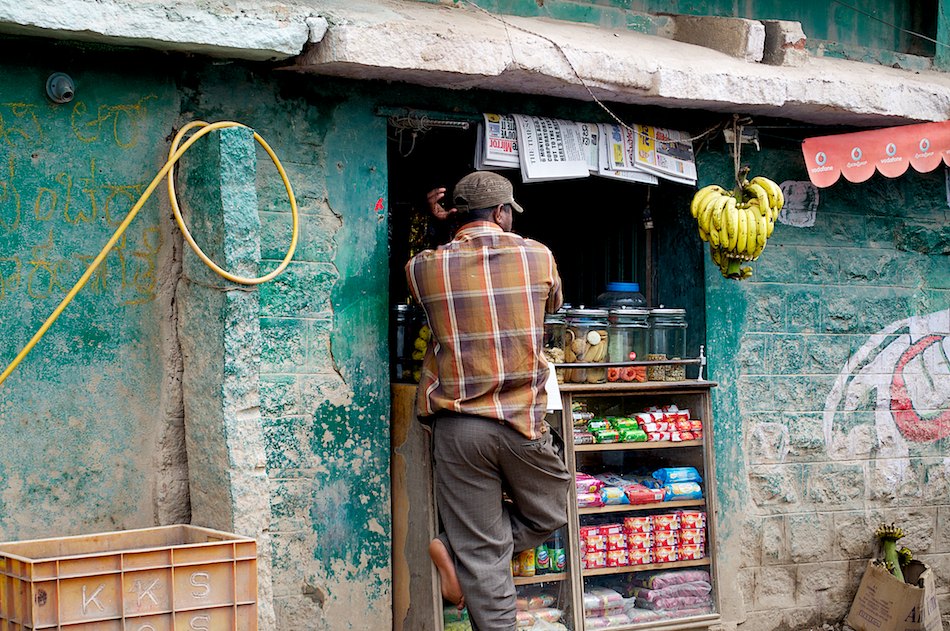 3 These little hole-in-the-wall quickie marts were everywhere. And they always had a monkey-sized batch-o-nanners hanging around. 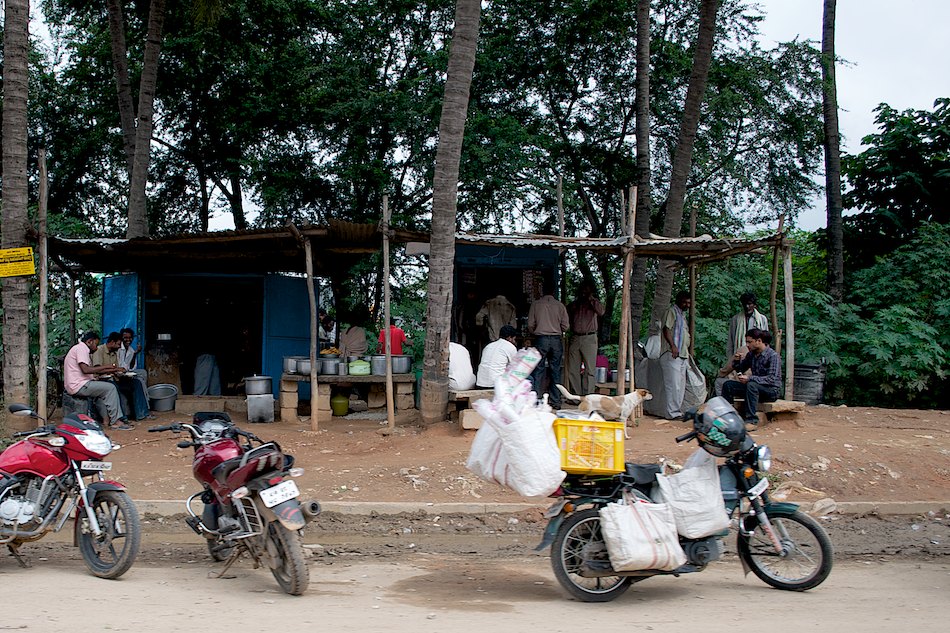 4 From what I could gather, this was a little morning/evening pit stop for hungry commuters. I passed it every morning and evening. Always a good crowd. 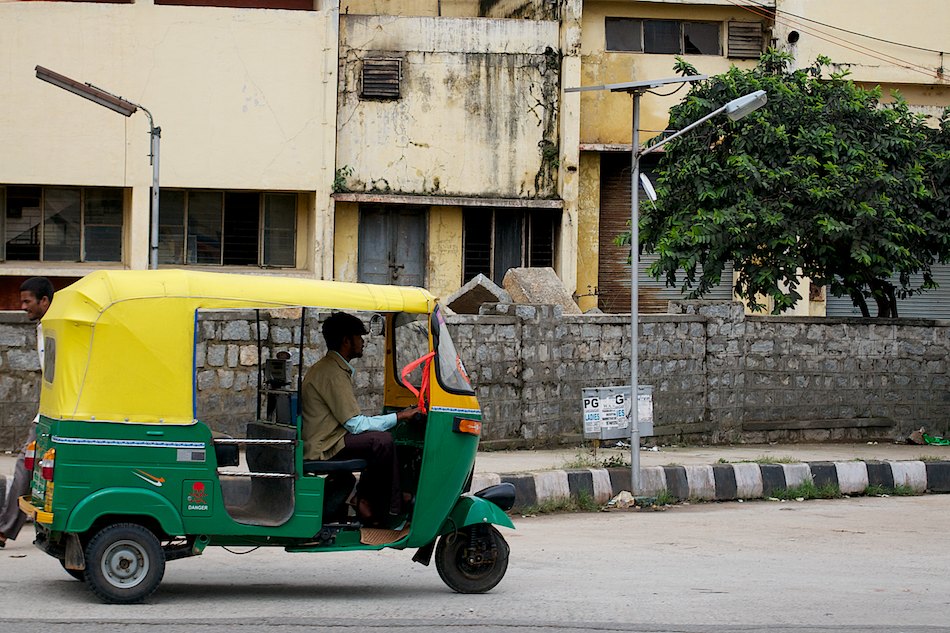 5 An “Auto Rickshaw”, or simply “Auto” for short (I asked, cars are simply called cars). Loud as shit, feisty as hell in traffic and a consistent belcher of black, sooty exhaust. I spent waay to much time behind these things. I’m sure I lost a few years of my life as a result. Next time you see me, just disregard the extra nostril on my forehead. 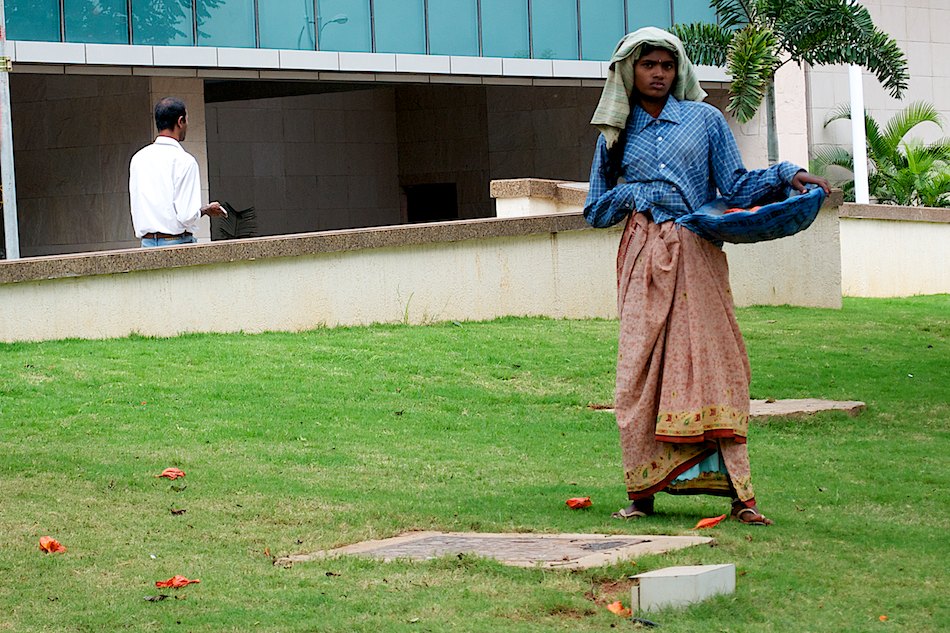 6 This woman, from I could tell, was employed as grounds keeper. When I snapped this I just thought she was picking up the pretty orange flowers for some decoration. The nicely woven basket sure didn’t seem like a receptacle for trash. That still might be true as a lot of the cars, bikes and buses sported beautiful strung flowers across them, most likely for Diwali. But, as I drove by each day, she was doing other, similar tasks as well. Yesterday, as a result of a big rain, she was scooping water out of large puddles in the street and pouring into the bushes using a cutoff water bottle. A we drove by, Srinivas made sure not to splash her as she stared me down with a look of indifference. It was difficult to meet her eyes.